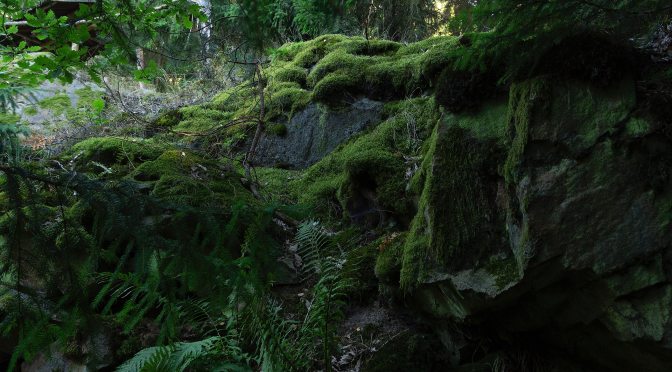 “Can you show us what you found?” Caleb asks.

Just as the man is about to speak I interrupt, “Caleb, you’re hurt. We can do this later.” I’m worried about the wound on the side of his head. It needs to be cleaned, bandaged.

He looks directly into my eyes, his expression more serious than I’d ever seen it. “No, we need to go now.”

Striving to contain my growing panic I look away, the intensity of the moment too much to bear. He places his palm against my cheek, guiding my gaze back to his. “We’ll find him.” His assurance does little to calm me. A tear trickles down my cheek and he wipes it away with his thumb.

He crushes me against him in a protective embrace as he speaks over my head, asking the stranger to lead the way.

The path is narrow most of the way, requiring us to follow him in single file. Caleb walks behind me, his hand never leaving my hip in a gesture that feels almost as possessive as it does protective. I wish we’d met in ordinary circumstances. More than anything, I want life to become normal again, whatever “normal” ends up being after all this, although the idea of him leaving is heartbreaking.

I long to be free; I just don’t see how this game will ever end.

As we work our way down the path I realize we are heading in the direction of the cabin. My heart starts to pound in my chest as he takes the same turns I had taken just a short while before, retracing my steps. Where could he be going?

Breaking to the right he finally changes course. Walking in silence, we approach the edge of the woods. On the left side of the path, there’s a spot where the foliage has been trampled, low hanging branches broken and bent. He goes in this direction now then stops about 100 yards from the main trail.

He turns to us and points to an area behind a large rock. This is where he believes someone has been hiding. As he explains, I try to see what he sees but it doesn’t look any different to me. Caleb however seems to understand. He approaches the site cautiously, pausing every foot or two to bend down and examine the ground closely. When he’s satisfied, he stands and stretches.

Casually Caleb comments, “It does look like someone has been here. A hunter after deer off season maybe?” He shrugs dismissively then thanks the man for his time. As an afterthought he asks where he lives. After he indicates a house in the direction from which we’d come the men shake hands. Addressing me the stranger says, “Make sure he gets that cut washed out so it doesn’t get infected.” He nods once and is gone.

Caleb motions for me to join him where he’s standing, then points in the opposite direction the man had gone. Turning, my heart jumps in my throat as I plainly see our cabin on the other side of the boulder, just beyond the trees.

“He’s been watching us,” Caleb tells me calmly. I stare open mouthed as his meaning seeps in.

This post is in response to the daily writing prompt Striving and is part of something longer I am working on.

This post is a part of the story about the ex and comes after Who Was the Man He Had Seen Lurking Above Us?.

6 thoughts on “What Can We See from His Hiding Spot?”