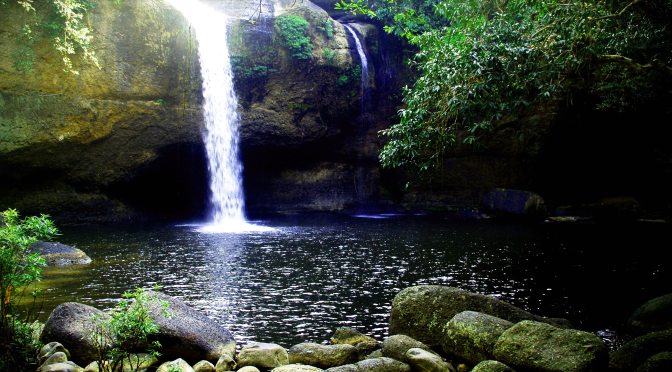 Catching up to the group, we heard their mirth before we saw them. When they spotted us, their laughter faded, like the end of a movie dissolving to black. Had they been talking about us? About Clay? Frustration bubbled inside me but I stuffed it down. I was determined to make this a fun day. Somehow I needed to relieve the strain that was building.

I greeted them cheerfully, as if nothing were amiss. “Hey guys! What’d we miss?”

“Nothing,” Lilly replied, suppressing a giggle. “Just Mike being stupid,” she added with a roll of her eyes as she swatted his arm.

“Oh, okay,” I responded, not trying to hide the disappointment in my voice. Why couldn’t she see how badly I needed them to include Clay? Was it really so difficult to just get along? So he was different from them. That was one of the things I liked, his fresh perspective. He made me believe anything was possible.

“How much further to the waterfall?” I asked, changing the subject.

Emily pointed to a trail marker that showed another quarter mile to the falls. As we continued our walk Clay fell behind the others, not so far that he couldn’t hear the conversation, but far enough he wasn’t really part of the group. I sighed, then resolved to talk to him again later. Maybe he hadn’t understood what I’d said to him earlier after all.

Forcing a smile I talked animatedly to Liz about an animal crossing the trail when Clay and I had been on our own. The incident had been inconsequential but I embellished a little, playing up how startled I’d been and portraying Clay as the brave protector. I tried to draw him into the story but he remained quiet.

Disheartened by the cantankerous mood, I turned my attention to the beauty surrounding us. The noise of rushing water began to fill the silence that had descended on our little party. The continuous steady crash of the falls mingled with the softer sounds of scurrying animals and rustling leaves as we approached, gradually drowning them out, overpowering them until they vanished into nothingness, as if they had never been there.

Rounding a bend the waterfall appeared before us suddenly, beautiful, powerful, and a little dangerous as the water plummeted over 100 feet into the pool below. I stopped abruptly, awed by the majesty thinking, this, right here, is what matters. The petty bickering, the sullen pouting when people refused to relent or compromise, none of that was important compared to what nature offered.

I had been so caught up in what ultimately was meaningless, mundane details that become inconsequential in the larger picture.

Clay stepped behind me, circling my waist with his arms. I leaned into him, feeling his strength. I conceded to myself that maybe I had been wrong about the falls after all. The emotion that rose within me with his caring gesture eclipsed all else, just as the falls transcended nature.

In that moment, I believed love was paramount.

This post is in response to the daily writing prompt Mirth and is part of something longer I am working on.

This post is a part of the story about the ex and comes after Will He Be Mad if I Tell Him I Want to Be with My Friends?.

11 thoughts on “What Is More Important Than Love?”