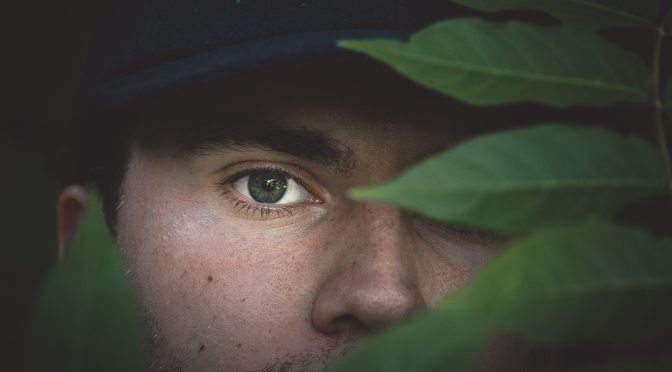 Caleb looks back at me, holding my gaze, communicating without a word. “Stay behind me,” he mouths silently. He positions himself between the stranger and me, shielding me completely. I don’t dare look around him to see what’s happening.

The man yells something I can’t quite understand. Caleb responds, “We’re not armed. We’re coming up.”

Not armed? I know this isn’t true; Caleb always brings a gun with him. I reach out to touch his back and feel the hard metal concealed under his lightweight jacket. I’m relieved to find out he’s lying.

I follow Caleb, normally as lissome as a teenager, now moving with slow painful precision. The hill is too steep to go up the same way we came down, so we move along the valley to where the incline is a little less arduous. I worry whether he will be able to climb; he is obviously suffering. I long to help him but he has clearly reclaimed the role of protector.

Our progress is slow but in a few minutes we reach the top. I can tell as I clamber upward that the man waiting for us is agitated but I have no idea why.

When we finally reach the crest, Caleb calmly asks the man to set his gun down. He looks like he’s going to argue, after all he has no reason to trust us, but unexpectedly he concedes. Watching him I realize he appears not only enraged but also distraught.

He explains that someone killed his dog last night. She had been out in his yard, barking at something in the woods a little after midnight. When he called her to come in she wouldn’t come. Instead she ran into the darkness. Normally she never left the yard, but he thought maybe she had followed a rabbit that had caught her attention a few days ago.

Not thinking much of it he had gone back inside and went to bed. She spent an occasional night outside so he hadn’t worried. This morning when he opened his front door her found her lying on the porch, her neck broken. It’s evident the man is about to break down in tears as he talks about discovering his beloved pet dead.

Who would not only kill his dog, but also leave her on his front porch?

Being a hunter he was able to identify a spot where an intruder had been hiding. He followed his trail to the ridge where they were standing.

As he finishes his tale, we suddenly learn why he fired the shot that had drawn our attention.

Apparently as he reached the trail I had followed earlier he saw someone standing where we are standing now. Thinking it might have been the person who had murdered his dog, he fired a warning shot, planning to confront him. Without even turning to find the source of the noise, the man had darted up the hill and disappeared.

Unfortunately the man had only seen the trespasser from the back and isn’t able to give a very thorough description. It really could have been anyone. There is no reason for us to believe this is at all tied to my situation. But that doesn’t stop the hair on my arms from prickling with fear.

This post is in response to the daily writing prompt Lissome and is part of something longer I am working on.

This post is a part of the story about the hero and comes after How Can We Figure Out What Happened?.

5 thoughts on “Who Was the Man He Had Seen Lurking Above Us?”